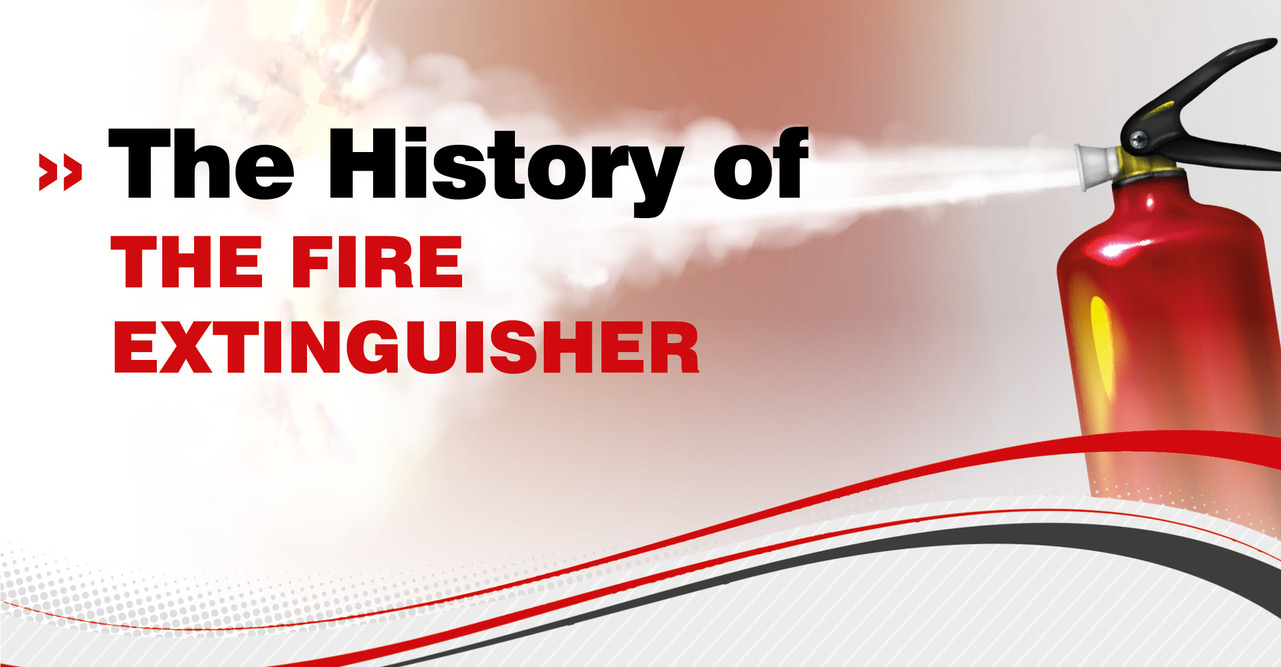 You see them everywhere in offices, shops, cafes, factories even in vehicles and households. Fire Extinguishers really can be life-savers, but how did they come about? Let’s take a look back and discover a little bit about their history.

Fire extinguishers were invented a long time ago, further than we thought and probably you too!

The first type of fire extinguisher dates back to 200BC! This was actually a hand pump and was able to deliver water to the fire. This method was invented to aid the process of fetching buckets of water directly to the fire.

IN THE MIDDLE AGES

‘Squirts’ were used. These were jets of water that were shot at the fire, it worked in a similar way to a bicycle pump – the nozzle took about 1 litre when it was pumped, then the charged ‘squirt’ was directed at the fire – these were used on the 1666 Great Fire of London

1723 – The first automatic Fire Extinguisher was created, it was a cask of fire extinguisher liquid which contained a pewter chamber of gunpowder, this was ignited, then exploded the gunpowder and scattered the solution all over the fire.

Portable Extinguishers were actually invented in the UK! This was in 1819 – these were invented by Captain George William Manby, it consisted of a copper vessel that contained 13.6L (the equivalent of almost three Gallons) of Potassium Carbonate Solution – can you imagine how heavy that would’ve been!

1881 The CTC (Carbon Tetrachloride) Extinguisher was invented, this was very useful in combating smaller fires, but this type of extinguisher is no longer being used due to its tendency to deploy harmful gases.

1904 The Chemical Foam was invented, this was preferred due to the amount of chemicals found in the recently invented CTC Extinguisher.

1924 The first ever CO2 Fire Extinguisher was invented.

In the UK we have 5 types of Fire Extinguisher – these are:

These fire extinguishers all fall into different categories, depending on which type of fire they are likely to be used on:

The Fire Commission bases the types of Fire Extinguishers on their A Rating.