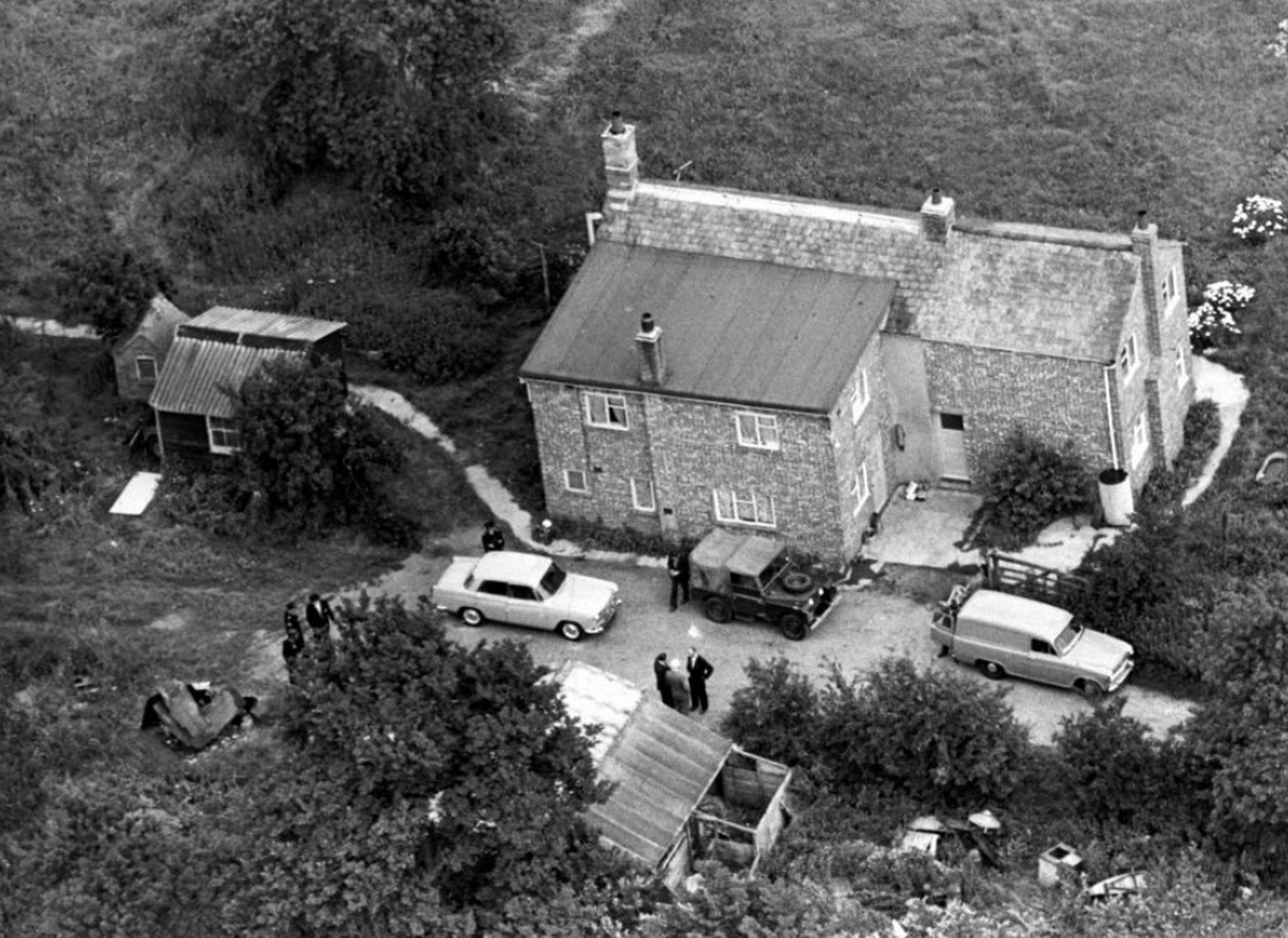 The Great Train robbery was a robbery of £2.6 million mostly used bank notes from a Royal Train heading from Glasgow to London on the West Coast Main Line in the early morning of the 8th August 1963, at Bridego Railway Bridge, Ledburn near Mentor in Buckinghamshire.

Around 3 a.m. on that fateful morning 50 years ago, Jack Mills, the driver of the Royal Mail train from Glasgow to London, stopped at a red signal located near a remote bridge at Ledburn in Buckinghamshire, northwest of London. Unfortunately for Mills, the signal was fake; the robbers had placed a glove over the real signal and used a battery to illuminate the red light. After assaulting Mills’ co-driver, David Whitby, who had come out to check on the signal, 15 men wearing ski masks and helmets boarded the train, and one of them hit Mills over the head with an iron bar.

Acting on inside information from an unknown source known simply as “the Ulsterman,” known burglar Bruce Reynolds and his fellow thieves knew the Royal Mail train carried large sums of money nightly, and that it was stored in the second car behind the engine. There was a particularly large amount that night, as a bank holiday weekend had just finished in Scotland, and the thieves were able to load some 2.6 million pounds (the equivalent of 45-46 million pounds, or $69-71 million, in today’s money) into 120 mailbags. They then escaped in an ex-British Army truck and two stolen Land Rovers marked with identical license plates to confuse the police.

At a rented farmhouse in Bedfordshire, the gang of thieves divided their money and planned to lay low for a couple of weeks, seen as though a huge police operation kicked into gear.

Rewards totalling a record 260,000 pounds were offered by insurers, banks and the Post Office for information leading to their capture. Meanwhile, the robbers decided to ditch their hideout, which police raided after a tip from a neighbour. 12 out of the 15 thieves were eventually arrested and received prison sentences totalling over 300 years among them. The bulk of the cash they stole was never found, but the most serious casualty of the robbery was Jack Mills, who never fully recovered from his head injuries, and died in 1970.

The perpetrators of the Great Train Robbery attained cult status with the international public, becoming the most famous robbers and outlaws since the “Hole in the Wall Gang” of Butch Cassidy and the Sundance Kid. Bruce Reynolds went on the run in Mexico and Canada with his family and managed to elude capture for five years, but was eventually sentenced to 25 years in prison, but only served 10. Ronald “Buster” Edwards also escaped to Mexico for three years before giving himself up; his story was later featured in a movie, “Buster,” starring Phil Collins.

But it was small-time Ronnie Biggs who became the most famous of the Great Train Robbers, pulling off an escape from Wandsworth Prison in 1965, after serving only 15 months, he had plastic surgery to change his appearance, fled England and lived abroad (in Spain, Australia and Brazil) for years, flaunting his playboy lifestyle and taunting British authorities while repeated efforts to extradite him failed. In 2001, Biggs finally returned to the United Kingdom to receive health treatment and was jailed in order to serve the remaining 28 years in his sentence. He was released in 2009 on compassionate grounds after suffering several strokes in jail.